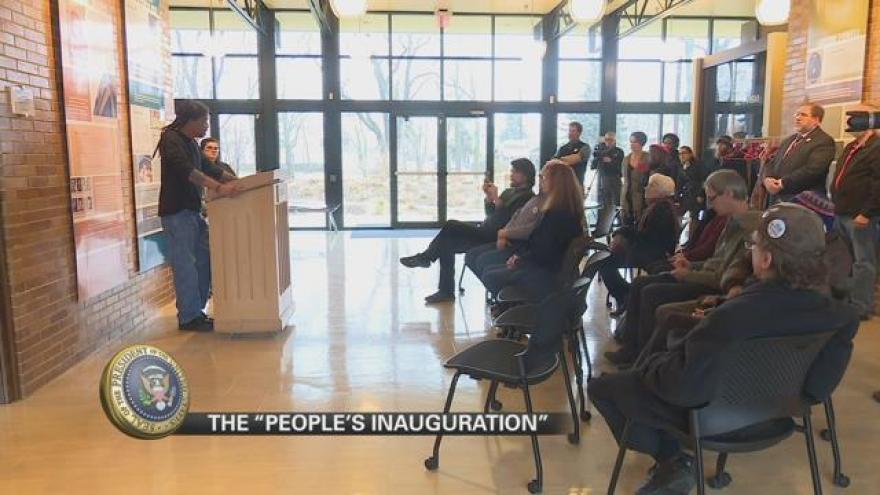 There was an alternative inaugural celebration in South Bend Friday.

The People’s Inauguration was organized to inspire activism.

“We have an administration coming in that has chosen cabinet members that clearly have no contact with just ordinary people or the lives of everyday folk,” Heller said.

After feeling left out by Trump’s rhetoric, Heller wanted to take action for inclusivity.

“I’m excited because we’ve gotten an amazing response from folks who are concerned, folks who are really committed to solidarity,” Heller said.

“We wanted to have an alternative inauguration, where people felt included and it was a place where all are welcome no matter what,” Williams said.

The day started with a press conference at the Civil Rights Center, then moved to the Islamic Society for speeches and breakout sessions.

It all ends with an evening ball.

“Like any good revolution, we’ll have speakers, panels, breakout sessions and of course dancing,” Williams said.

However, it’s what happens after all this that Williams and Heller hope really makes a difference.

“The goal is that people get connected with activist organizations in our community, but that everyone leave this event with at least one concrete thing that they will do to make a difference,” Williams said

Heller says after a divisive, tense election, the best way for anyone to make a difference is to start by walking in someone else’s shoes.

“Put yourself in the shoes of those that have been struggling. There are multiple organizations here in South Bend, many supporting this people’s inauguration day. Get involved with one of them,” Heller said.

The activism will continue Saturday with the South Bend Women’s March.