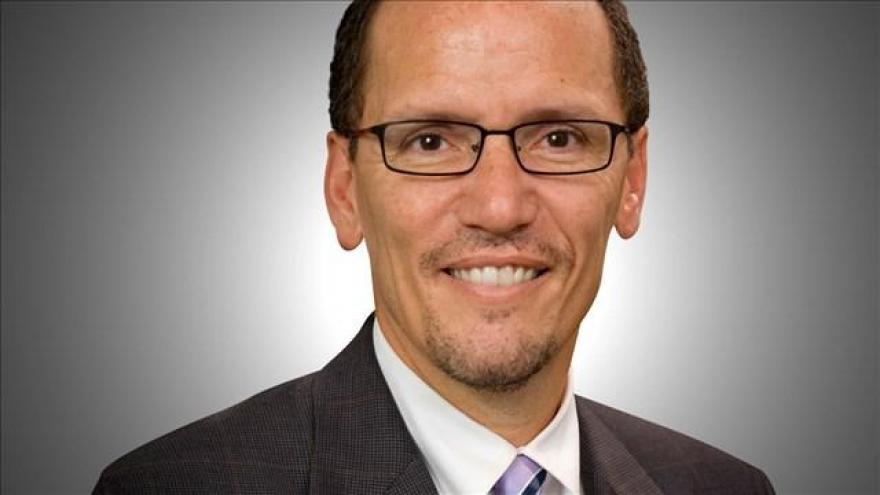 Perez, who drew support from backers of Hillary Clinton and former President Barack Obama, argued that the party needs to focus on voting access and down-ballot battles.

Ellison's allies, who were aligned with Sen. Bernie Sanders' progressive wing, pitched him as the only candidate who could bridge the party's divisions.

ORIGINAL STORY: Democrats are set to choose a new chair to lead their battered party as it tries to channel the anti-Donald Trump energy of its base into an electoral rebound.

The Democratic National Committee is set to meet Saturday morning in Atlanta, where 442 voting members will select from a seven-candidate field led by former Labor Secretary Tom Perez and Minnesota Rep. Keith Ellison. Aides and vote counters for both Perez and Ellison see a tight race, which could require multiple rounds of balloting.

The gathering kicks off at 10 a.m., with each of the candidates allowed 10 minutes for nominating speeches. As long as all of the eligible DNC members participate, it will take 222 votes to win.

Democrats on Capitol Hill and in state offices set the party's policy agenda, but the party chair heads the infrastructure that formulates the party platform and supports its presidential candidates, state parties and local officials. The chair also plays a major role in fundraising for the party and serving as a high-profile public face.

The election in part has been a proxy war between Sen. Bernie Sanders' allies and those more closely aligned with Hillary Clinton and former President Barack Obama.

The Vermont senator endorsed Ellison early, and the progressive organizations that backed Sanders during the 2016 Democratic presidential primary have all followed suit. Perez's progressive bona fides haven't been questioned, but he's seen by the left as less in touch with its activist base.

Ellison's allies made the case Friday night that he is the only candidate who can bridge the party's divisions and connect its grassroots supporters to its official infrastructure.

Larry Cohen, the chairman of Sanders' new organization Our Revolution, and former head of the Communications Workers of America, said Perez "didn't win over anyone" on the Sanders-aligned left during the race for DNC chair.

"If they didn't win them over in three months of campaigning, why would they be able to win them over the day after tomorrow?" Cohen asked. "That's what I would be worried about."

Still, Perez, who made gains by campaigning in rural and red states -- and won over full DNC delegations in some places -- is broadly seen as the favorite after picking up the endorsement of South Carolina Democratic Party Chairman Jaime Harrison, who until recently had been the race's third-place contender.

Perez has sold himself as a turnaround artist, arguing that the party needs to focus on voting access and down-ballot battles.

At the Westin Peachtree Plaza, Ellison rallied his troops with an evening reception where he declared the party would emerge from Saturday's contest united for a "greater and more important fight."

"No one benefits from us fighting each other other than Trump and all those crazy right-wing governors," he added.