Perfect place for a distillery? Behind bars 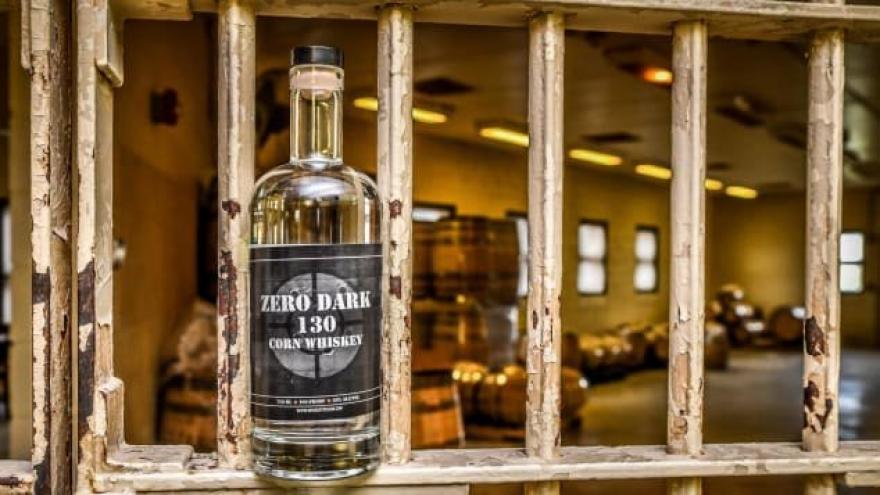 (CNN) -- Redd Rowland was known in the 1950s for owning a monkey that would do a trick and then doff its little hat in hopes of a tip. But Rowland was also quite a bootlegger, and the Cabarrus County sheriff eventually sent a squad to Rowland's home to seize the "white lightning" and arrest its maker.

The cops didn't find Rowland's distillery, but arrested him after the pet produced a handful of cash from a hiding place. Rowland beat the rap, convincing the judge that the cash was the monkey's earnings.

Busted later, the bootlegger was tried before a less agreeable judge and convicted. But Rowland took comfort in being confined at the Cabarrus Correctional Center -- the North Carolina state facility right across Dutch Road in Mount Pleasant, where he lived.

The moonshiner, the monkey and the prison are gone now, but their spirits live on: The still-standing penal institution, closed in 2011, is nowadays home of award-winning Southern Grace Distilleries, which legally manufactures and markets four varieties of fresh white corn whiskey (white lightning) and recently rolled out its first aged bourbon: Conviction.

When distillery co-owner Leanne Powell announces, "All right! Who's ready to go to prison?" visitors file out through a side door to the gate in the prison's old chain-link fence, where a guide removes its heavy padlocks.

The lock-and-key isn't a gimmick: Federal law requires distilleries have a secure perimeter. And on the one-hour tour, you learn the former prison has other qualities conducive to distilling.

The Mount Pleasant facility in the late 1920s as a humane alternative to chain gangs. The 21.5-acre compound, about 40 minutes northeast of Charlotte, held 200 to 400 inmates at a stretch.

All buildings are one story, including the chapel. This allowed better surveillance from the pair of two-story towers, where guards could also fire in any direction.

"Anybody here remember the movie 'Cool Hand Luke'?" tour guide Michael Knox asks as the tour group approaches a squat, windowless shack in the middle of the compound. "This here is a real-life 'hot box,' where prisoners were kept in isolation, in the dark, for infractions."

Luke (played by Paul Newman) survived his stint in the shed, but real-life prisoners could die from the treatment: The correctional center's hot box was cold in winter and hot (or heated) in other seasons. It is a favorite haunt for ghost hunters visiting Southern Grace.

This hot box is literally crammed with spirits. Oak barrels filled with aging bourbon are stored within; seasonal climate changes enhance the taste.

The two prison dorms have cinderblock interior walls and concrete floors (great for climate-controlled factory use), and water and drainage systems crucial for distilling.

The place has a slight aroma of fermenting corn, nonetheless.

In one area, Sebastian Correa, the distiller, has a wall lined with industrial shelving flanking an array of copper pipes and copper coilers.

Correa talks visitors through the process of small-batch distilling; he proudly says Southern Grace does things the old-fashioned way, keeping true to the technology that provided high-test solace (and cash) to generations of struggling farm and mill families.

Workday mornings, 350 gallons of mash (the prepared water grain stew) are heated to 200 degrees in boilers the size of refrigerators. In five hours, the results come out a gallon at a time.

The 55-gallon middle part of the batch, called the "heart," is the best and goes into bottles (corn whiskey) or barrels (for aging into bourbon). The rest is recycled, with good portions going into an upcoming batch. The potent leftovers are used as distillery cleaner.

The un-aged white lightning is 130 proof (65% alcohol) -- about as high-powered a corn liquor as can be still be considered whiskey, according to Powell.

Their Conviction bourbon, first released in 2017, took a gold medal at the Micro Liquor awards in California and earned top honors (Double Gold) at The Fifty Best competition in NYC.

Distillery output, according to Powell, is about 1,200 bottles -- all fifths -- of corn whiskey per week; another 553 gallons go into oak barrels for aging into bourbon.

Southern Grace is available in New Orleans and the District of Columbia as well as the Carolinas. (And also in Hanoi, Vietnam, due to an expat fan who had it stocked in the Red River Tea Room.)

The closing of the prison seven years ago was bad news for an area gutted by decades of cotton mill closings, as Powell was well aware. The area native spent 27 years in Washington -- on Capitol Hill, the White House and in the Department of Agriculture -- and sought a career doing something meaningful.

"I had always worked for folks who wanted to bring back jobs and revitalize our rural communities, and now I'm putting it into practice," she says. "Bourbon is one of the few things that by law can only be made in the USA. The jobs we are creating will never be shipped overseas."

Southern Grace opened in 2014 in a derelict cotton mill in the county seat of Concord, just as craft distilling was beginning to boom nationally. Mount Pleasant, looking for employers and commercial water customers, lured Southern Grace to the prison site two years later.

Bottles and barrels are numbered by hand in Mount Pleasant by staffers and volunteers.

Among the latter is Darnell McBride, a retiree who worked for IBM after the area cotton mills closed. McBride, who helps with bottle marking and leading tour groups at Southern Grace, has family ties in addition to area pride.

"My uncle, Willis Eifird, was busted in 1968 for having what was called 'the world's largest liquor still.' He made about 600 gallons a day, according to the newspaper. I think his was the biggest moonshine arrest on record in North Carolina.

"My daddy didn't make it, but he hauled it. It's fun to see how distilling is done," she said. "This is a lost art."