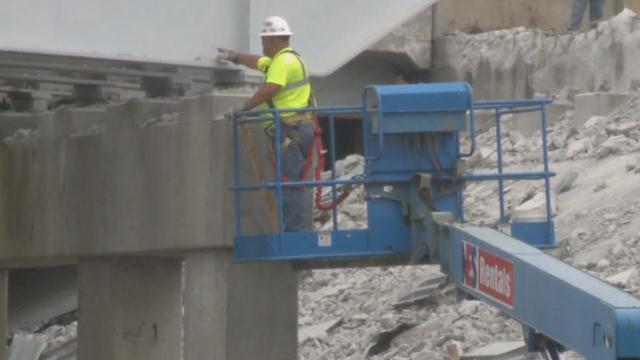 A project which began on the US 20 bypass in July continues on Wednesday.

Starting on Wednesday and lasting until Saturday, drivers on the bypass should expect delays throughout the day.

According to INDOT, there will be periodic 20 minute closures of US 20 between Pine Rd and W. Linwood Blvd. just west of the South Bend International Airport.

Crews are set to remove nearly two dozen pieces of bridge beams, weighing 54,000 pounds for the US 31 and US 20 bypass bridge which spans over US 20 and Lincolnway.

INDOT says that due to the massive weight of the beams, crews are going to shore up the center of the bridge and cut each of the 11 overhead beams in half and then remove them in two pieces.

INDOT is advising drivers to avoid the area all together until the project ends on Saturday.

These closures will begin at 8 a.m. every day until Saturday and last until 5 p.m., you can monitor traffic alerts on INDOT Northwest District media channels.