Perseid meteor shower set to peak; what you need to know

NOW: Perseid meteor shower set to peak; what you need to know

If you're a fan of meteor showers, you're probably well-aware that the Perseids are set to peak in the next week. The Perseid meteor shower is often referred to as one of the absolute best of the year. 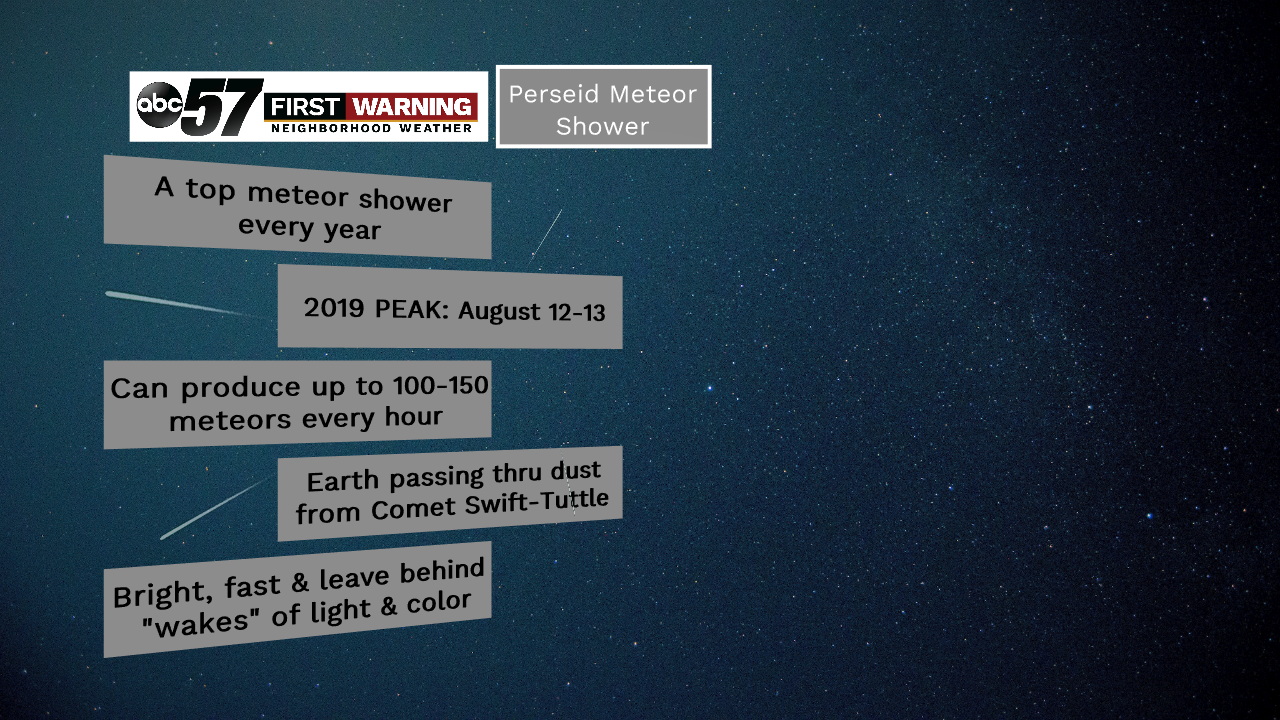 They peak annually in August, and have the capability of producing more than 100 meteors per hour in a "good" year. Most years feature 50-75 meteors per hour streaking across the night sky.

"The Perseids are particles released from comet 109P/Swift-Tuttle during its numerous returns to the inner solar system," according to the American Meteor Society.

Basically the Earth enters debris left behind from the tail of comet Swift-Tuttle every August. That debris then enters our atmosphere at speeds up to 132,000 mph and reaches a temperature of 3,000 to 10,000 degrees. The result is the Perseid meteor shower! 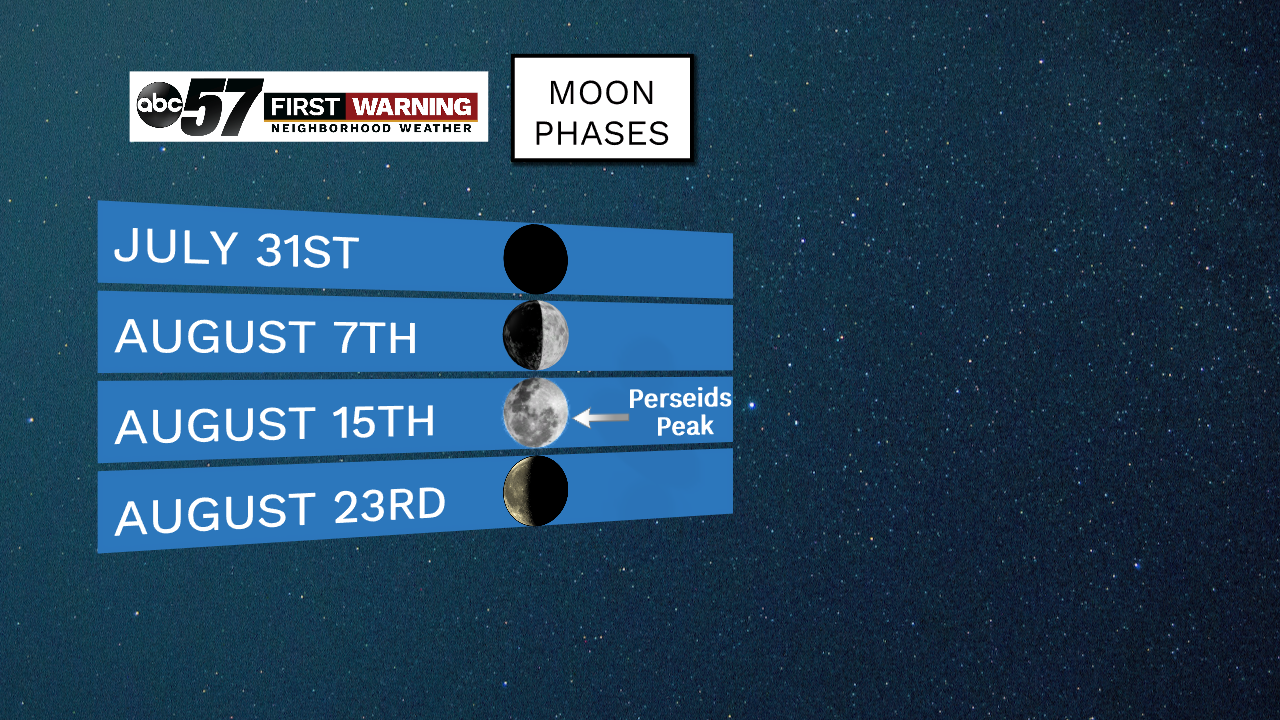 Unfortunately, the moon will not play nice this year as a full moon will occur just a couple of days after the shower peaks. That means there will be quite a bit of light in the night sky, limiting the amount of meteors we actually get to observe. Not all hope is lost, though.

If you venture out early in the morning (after 3 a.m.) between August 7th and 11th, your chances of seeing a fair amount of shooting stars are pretty good.

That's because the moon will set for the night before 3 a.m. each of those mornings. You can check moonrise and moonset times at your location by clicking here. 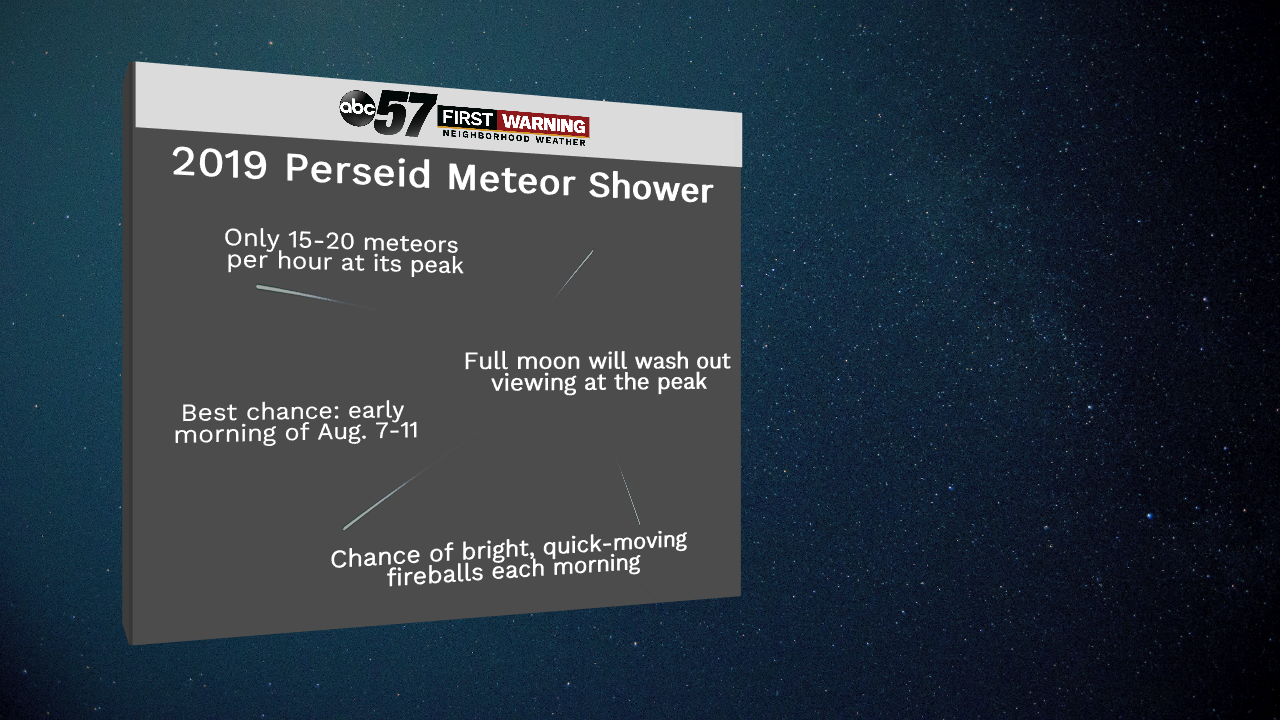 Even when the shower peaks on August 12th-13th, the full moon won't completely wash out the meteors. There will still be some visible shooting stars streaking across the sky.

According to NASA, you can expect to see upwards of 15-20 meteors per hour the night of August 12th. That is significantly lower than the typically 50-75+ per hour we would see in a normal year And, we can thank the moonlight for that. The days leading up to the peak will likely feature 10-15 shooting stars every hour, but there will be less moonlight in the sky to wash them out. 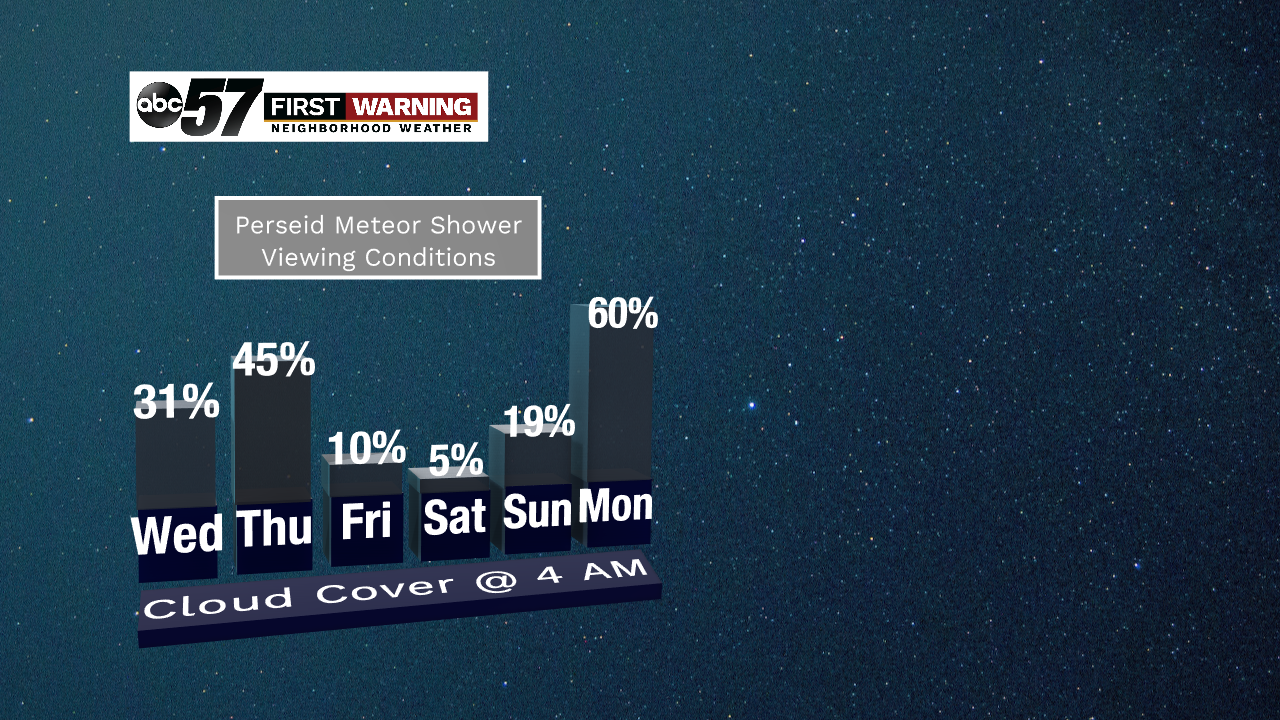 Expected cloud coverage at 4 a.m. each of the next six mornings. Friday morning, Saturday morning and Sunday morning look the best.
What's especially awesome about the Perseids is sometimes they are very bright and very colorful. That's not the norm with other meteor showers. They can even leave behind a long train that lights up the sky for a second or two! These are rather rare, but are well worth that time spent waiting.

Of course, none of this matters if there's cloud cover, right? Well, it looks like Mother Nature will cooperate over the next several days here in Michiana. Cloud cover will be less than 50% each morning around 4 a.m. or so from August 7th thru 11th.

If you want the best chance at seeing the Perseids, it's important to follow these steps: