Petitions call for change in wake of school shooting 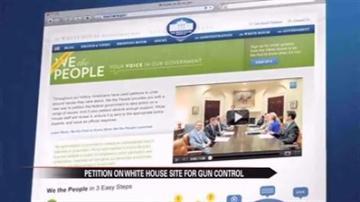 In the wake of the Connecticut elementary school shootings, thousands of Americans are formally calling for the federal government to address the issue of gun control.

One called for the Obama administration to immediately address the issue of gun control by way of congressional legislation had nearly 50,000 signatures within 12 hours.

Another petition called for mental health to be declared a national emergency.

The petitions each have 30 days to garner 25,000 cyber-signatures required to get a formal response from the White House.