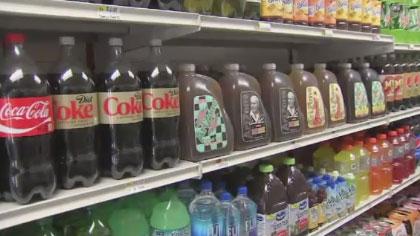 By Jeanne Sahadi and Aaron Smith

NEW YORK (CNNMoney) -- Philadelphia has become the second city in the United States to approve a soda tax.

In a final vote of 13-4, the Philadelphia City Council on Thursday passed a 1.5-cents-per-ounce tax on sugar-added and artificially sweetened soft drinks. That would add 18 cents to the cost of a can of soda, $1.08 for a six-pack or $1.02 for a two-liter bottle.

The new soda tax would be on top of the 8% sales tax that already applies to soda in Pennsylvania. Soda is classified as food, which is tax exempt in some states, but not in Pennsylvania.

The measure is expected to be signed by Philadelphia Mayor Jim Kenney. Kenney originally proposed a 3-cents-per-ounce soda tax.

That money will be used to fund pre-K expansion, community schools, reinvestment in parks and recreation centers, and add to the City's General Fund. It will also fund tax credits that the council approved for retailers that sell "healthy" beverages.

Back in 2014, Berkeley, California, became the first city in the country to pass a soda tax.

Lauren Kane, spokeswoman for the American Beverage Association, slammed the whole idea of soda tax. "It is a regressive, discriminatory tax and will hurt the incomes of working people and harm local businesses."

For different reasons, policy experts question the efficacy of taxing one type of beverage or food to reduce the incidence of diabetes or obesity. Sugar, for instance, isn't necessarily the only factor affecting the risk for -- or consequences of -- obesity, the Tax Policy Center noted in a paper published last December. What's more, all sugars may contribute to health risks, even naturally occurring ones in juices and other beverages.