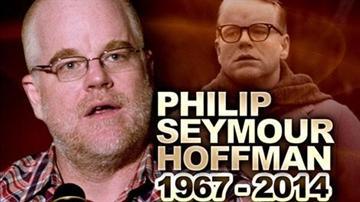 (CNN) -- Philip Seymour Hoffman was mourned in New York on Friday in much the same way he lived his life -- with a private funeral attended by family and close friends.

In the late morning, friends of the one of the greatest actors of his generation began streaming through the bronze doors of the Church of St. Ignatius Loyola on Park Avenue, the 116-year-old church that hosted the funerals of Jacqueline Kennedy Onassis and Lena Horne.

A black hearse pulled up to the church shortly after noon Friday as a couple of dozen fans and mourners gathered nearby to pay their respects.

The Oscar-winning actor was found dead in his Manhattan apartment Sunday of an apparent drug overdose, law enforcement sources said.

Hoffman, 46, was found on the bathroom floor of his apartment, a needle in his arm, and pronounced dead at the scene.

Investigators discovered close to 50 envelopes of what they believed was heroin in the apartment, the law enforcement sources said. They also found used syringes, prescription drugs and empty plastic bags of a type commonly used to hold drugs, the sources said.

A spokeswoman for the New York medical examiner's office said Wednesday a determination of the cause and manner of Hoffman's death is pending further study, including toxicology reports.

A larger memorial service is being planned for later this month.

Hoffman, who was nominated for Academy Awards four times, won the Oscar for best actor in 2006 for his portrayal of writer Truman Capote in "Capote."

On Wednesday night, Broadway honored Hoffman by dimming its lights for a minute and actors gathered for a vigil.

CNN's Kristen Hamill and Rande Iaboni contributed to this report