(CNN) -- At least 37 people were missing and feared dead Sunday, more than a day after a fire broke out at a shopping mall in the southern Philippine city of Davao, authorities said. 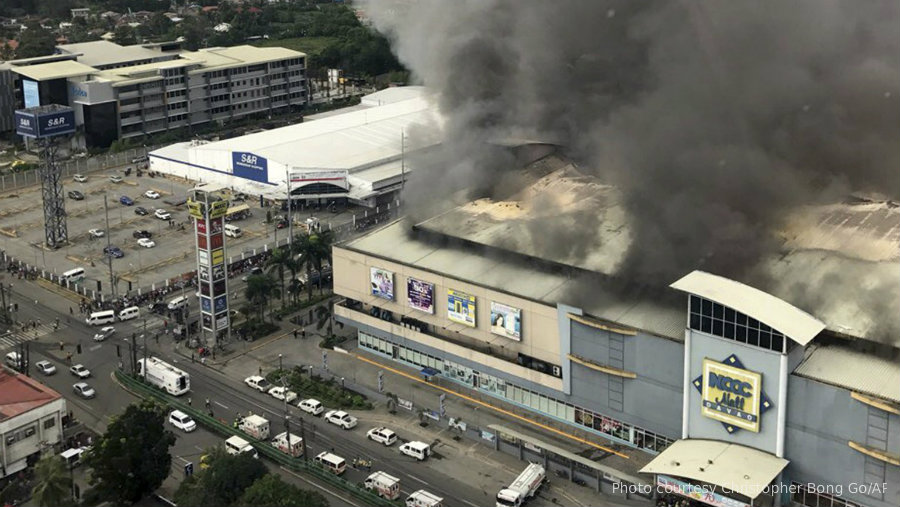 The Davao City Disaster Risk Reduction and Management Office said the fire started around 9:40 a.m. Saturday in the third floor of the New City Commercial Center (NCCC) mall, according to CNN Philippines. The fire was reported not long before the mall was supposed to open.

President Rodrigo Duterte said during a meeting with the families of the missing that there was "zero chance of survival," according to the state-run Philippines News Agency (PNA).

PNA also reported that most of the missing people were employees of SSI Philippines, a business process outsourcing company located on the fourth floor of the mall.

Sunday morning, Emmanuel Jaldon, the chief operating officer for the Disaster Risk Reduction and Management Office, said firefighters were in the last phase before declaring the fire out and that the fire was "technically contained."

Authorities have not provided a cause of the fire.

The fire struck as the Philippines was reeling from a storm that killed dozens and caused flooding and landslides.

Davao is Duterte's hometown. He was mayor of Davao City and still has a residence there.