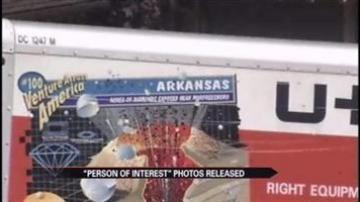 DETROIT -- Detroit police released photos of a "person of interest" in the theft of a Secret Service rental truck.

An agency spokesman says someone stole the U-Haul Sunday morning outside of a downtown hotel.

Police found it on Monday in a parking lot three miles away.

The Secret Service would not say if anything inside the truck was stolen.