Pilot spots thief at own house during flight 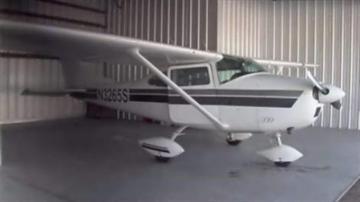 In Florida, a pilot spotted a burglar at his home while in flight.

On a trip back from North Carolina, the pilot said he spotted a man lurking around his house.

He checked out the scene hovering over his house for nearly 10 minutes. He watched the thief hooked up his trailer to his truck and drive off. That's when the pilot followed the crook in the air and was able to call 911.

"Right in front of us, with us making a tight circle around our property here watching him from the air and he was clearly looking at us several times,” said David Zehtner.

It took police just 40 minutes to catch the burglar.