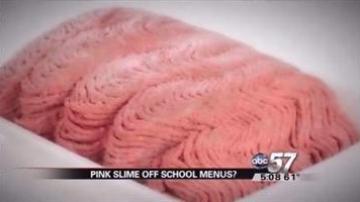 Grocery stores, fast food chains and schools are all considering getting rid of beef that contains "pink slime."

The USDA said the controversial meat filler is safe, but for the first time this fall the organization will give public schools the option of buying beef with the filler or without.

A representative from animal rights group PETA, which advocates a vegan lifestyle, joined critics of the product.

"The USDA which declares meat safe, is the same government agency charged with promoting meat to the public,” said PETA Senior Vice President Dan Matthews.” “There's always been a conflict of interest there."