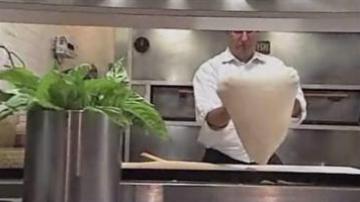 BOSTON -- Twenty-one and up, that's the requirement for a new type of pizza.

It's making waves on the East Coast. A Boston pizza parlor is serving pies loaded with alcohol infused toppings.

"Somebody said let's put booze on them and I’m like, ‘That would be kind of cool,’ said Chick Barbato. "Too much would be like two to three pizzas worth, so I think you'd be pretty full before you got a buzz.”

The pizza place said the adults-only pizza has been so popular two more versions will be launched next month, one with Kahlua-marinated pork and another with rum-infused peaches.