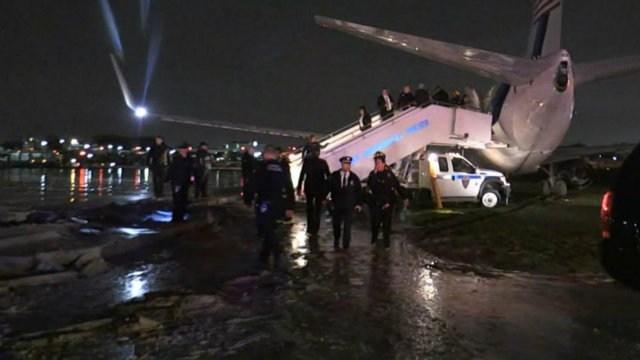 Rescue crews were responding to the scene.

"We could feel the plane moving, and it was just not a natural landing that you experience," CNN's Elizabeth Landers, who was on the plane, told CNN's Erin Burnett on "OutFront."

Stephanie Grisham, a spokeswoman for Donald Trump's campaign, said the businessman called Pence shortly after the incident, adding that Trump "is very glad everyone onboard the plane is safe."