Pleas for answers go out for homicide case in Michigan City 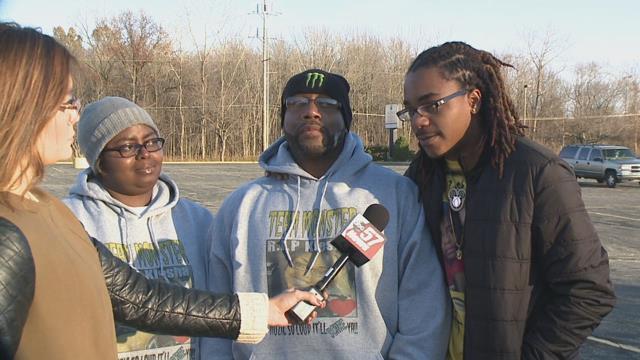 ABC57 News first reported to you a murder involving a 17-year-old in Michigan City. On Saturday, friends, family and those who have started to follow the story showed support by attending the Man Up, Speak Up Rally.

While the father of 17-year-old Nekeisha Hawkings continues to plea for answers in his daughter’s murder, he says he’s not taking no for an answer and asks people to speak up.

“I demand some answers. I just want help and I am not going to stop,” said Kalvon Hawkins the father of the victim.

July 24, 2011 was the day Nekeisha Hawkins was shot and killed at Memorial Park in Michigan City.

“My sister was just amazing one of a kind,” said Kenyatta Hodges-Hawkins, Nekeisha’s brother.

She was buried on her 18th birthday and since then her family has been doing something every year to remember her.

High Praise Outreach Ministries helped the Hawkins hold a rally to truly understand what is going on. According to the pastors, this rally is not to bash the Michigan City Police Department, but for Nekeisha’s justice.

“We have appealed to the cry of a man trying to seek justice for his daughter who was murdered way too soon,” said Pastor David Ashley.

Inside the ministry people heard from officers, Nekeisha’s father and had the opportunity to ask questions. Mr. Hawkins says he received screen shots of people talking about his daughter’s murder.

“That’s not going to get it on this case. We need first hand information to come forward,” said Chief of Michigan City PD, Mark Swistek.

“This is like having this little girl’s funeral without the body,” said Kalvon Hawkins.

Hawkings hopes those 100 to 150 kids, that were at the park when Nekeisha was shot, speak up now that they’re a little older. If anyone has any information on this case call Michigan City Police Department and ask for lead detective Jillian Ashley.