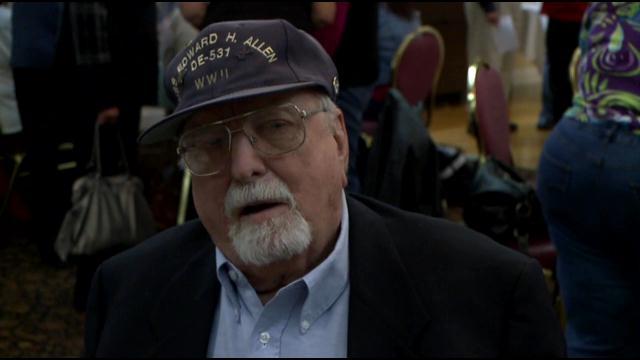 The 48 veterans took these students to back in time when they served over 60 years ago.

John Gerald and Gabe Celmer Plymouth High School sophomores say they were grateful to have done this and were impacted more than they had expected.

On veterans day the students presented some of their project to the Kiwanis club a few of the veterans they had previously interviewed were in attendance.

92 year old John Coury was part of the crowd, he joined the Navy when he was just 19 years old.

He was moved that young people of today took the time to remember those who had served.

Kelsey Flynn a faculty member who played a big role in this project says she was excited to see her students so engaged with the veterans.

The project is now on display at the Marshall County Museum Crossroads Center in Plymouth.

Kelsey Flynn says in the coming years she hopes to continue this project and speak to local Korean and Vietnam war veterans.