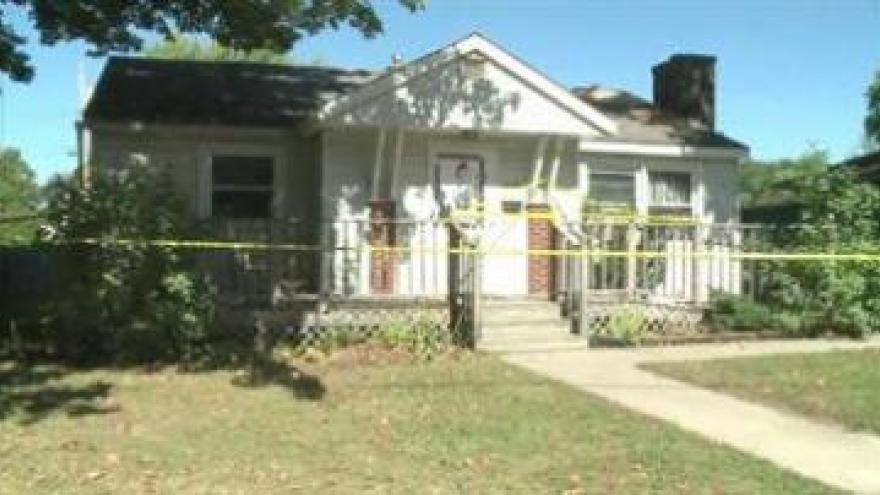 PLYMOUTH, Ind. -- A 21-year-old man was killed in a house fire on Alexander Street in Plymouth Sunday morning. The fire chief says the death could have been prevented.

Chief John Pasley of the Plymouth Fire Department said there was no smoke alarm in the house where 21-year-old Anthony Johnson died.

Johnson, who friends called Quentin, was at the house with ten others playing video games Saturday night.

Around 5:30 a.m. Sunday something went wrong.

"We heard a loud bang. And you didn't have to look out the window cause you could see an orange glow," said Les Sluer, next door neighbor.

When Les and his wife saw the house in flames, they sprung into action.

"We were worried. We thought the whole house was going to go up," said Sluer.

Firefighters arrived and put the flames out.

Then they realized everyone but Johnson made it out alive.

Homeowner Elinor Barber says it's a blessing no one else was hurt, but is heartbroken by what happened.

"I met him one night. He was really a gentleman. I said, 'Who are you?' and he said, 'I'm Quentin,' and came over and shook my hand. And I thought, what a nice guy," said Barber.

After an investigation, the fire department says a wiring problem caused the fire and that circuits in the garage were over loaded.

Firefighters say having smoke detectors could have alerted the house's occupants of the fire much sooner.

"And that could have saved this young man's life. We believe he just became disoriented and couldn't get out," said John Pasley, Division Training Chief.

If you don't have a smoke detector in your house, contact your local fire department. Many give them away free of charge.