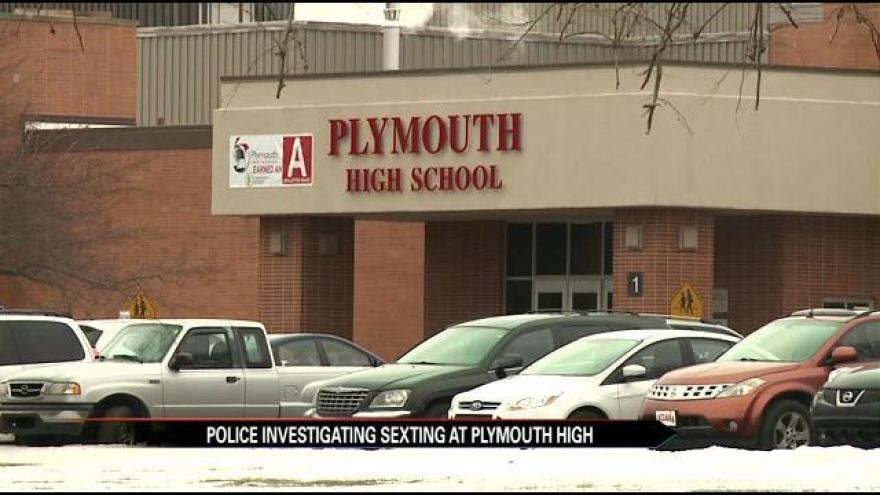 “Sometimes kids make mistakes. The same way they miss problems on math test and the same way they get counted off on an essay in English class. They make a mistake with these,” said Plymouth Schools Superintendent Daniel Tyree.

It was a mistake that got the attention of more people than intended.

“This is a case of some pictures that were sent. And then they were sent other places. And it spiraled out of control,” Tyree said.

Plymouth Police said they are investigating the matter.

The Marshall County Prosecutor said students may not think it is a big deal, but it is illegal.

“There can be all sorts of ramifications that are unintended consequences of something that could be a mistake in taking a photograph of ones self without clothes. And then distributing and other people distributing that,” said Prosecutor Nelson Chipman.

The prosecutor said teenagers sending nude or inappropriate photos through text messages can be seen under the law as disseminating harmful material to minors-- which is a felony and can carry a possible punishment range of six months to two and a half years in jail, and a 10 thousand dollar fine.

Both the prosecutor and superintendent said this is why it is so important for parents to talk with their children about cell phones—and how to use them responsibly.

“We're living in an age where something can be sent immediately and never taken back,” Tyree said.
Share this article: