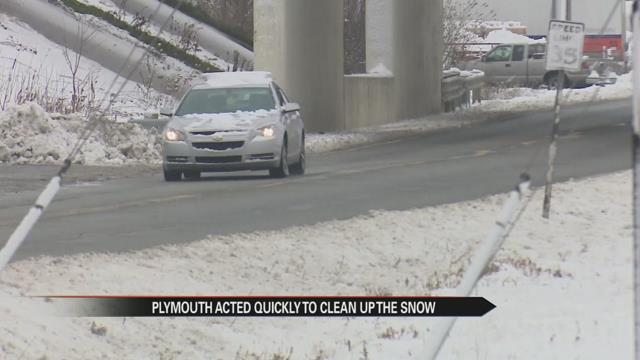 It was a busy weekend for street departments all across Michiana. But as snow blanketed many neighborhoods, the Plymouth Street Department was able to clear most of its roads.

Crews came in Saturday night, around 8 o'clock, and worked through the weekend, even coming in early Monday morning.  They were prepared.

"Snow came in and, a little heavier than we thought. It was almost up to 6-7 inches of heavy back snow by the time it was done," says Jim Marquardt, the Plymouth Street Superintendent.

He's not a fan of snow. But Saturday night, when the snow began, he knew they had to act quickly.

"That's the big thing, we just need to get it down and get everything back to the curb, so if it keeps snowing, the streets get narrower and it gets worse," explains Marquardt.

Plymouth has a plan of action, different than other areas: they don't pre-treat their roads.

So, there work was cut out for them.

And with 15 plows, and some patience, they were successful.