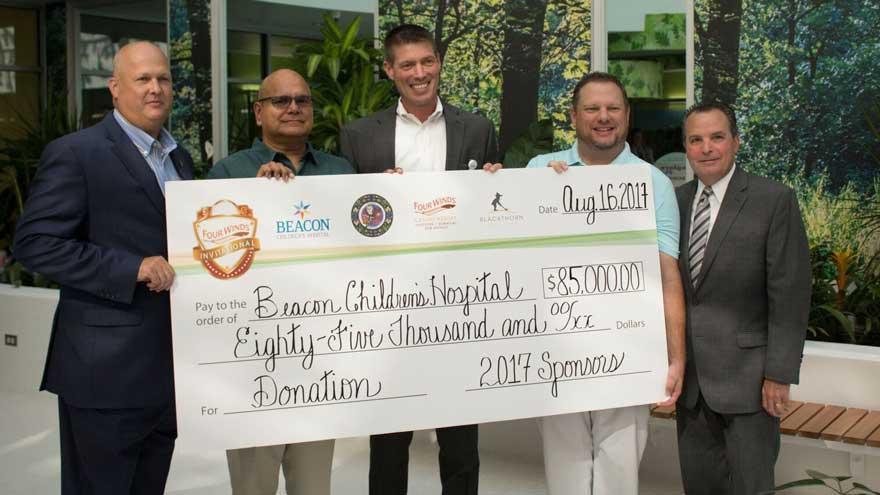 SOUTH BEND, Ind. -- The Pokagon Band of Potawatomi Indians presented a check for $85,000 to Beacon Children's Hospital on Wednesday. The funds were raised at the Four Winds Invitational.

The funds will be used to purchase three Laerdal Patient Simulators, SimMom, Premature Anna and SimJunior, for a training/simulation lab.

This is the 6th year of the partnership between the Pokagon Band and Beacon.

Proceeds from past events have helped build a multi-story building above the Memorial Leighton Trauma Center for several pediatric units, a pediatric ambulance, MedFlight incubator and ultrasound, giraffe warmers and virtual reality goggles for pediatric patients.

"When I see a helicopter up in the air and I know there's equipment on the helicopter that we helped raise money for, also when I see an ambulance going down the street and I just wonder if there's a child that's using that ambulance to help save their lives," Tribal Chairman John P. Warren said.