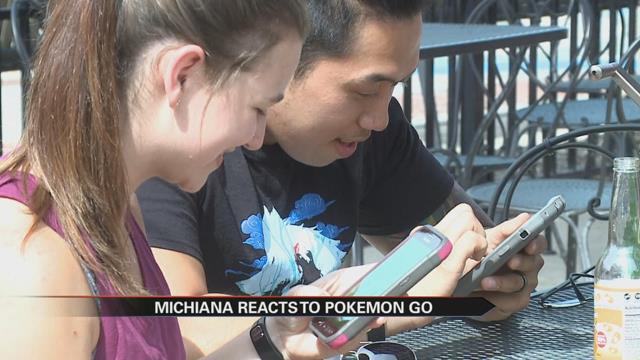 Pokémon GO players in South Bend are determined to catch ‘em all!

The smart phone game has become a quick hit since its release on Thursday and local people were on the hunt this weekend.

“I think it’s a really great way to get people outside and in the community. It’s an easy way to start exploring your surroundings,” said player Steve Weng.

Weng is biking across the country and is bringing the game along for the ride.

With 61 Pokémon, Weng has visited 61 new places along his journey.

“Without Pokemon GO I wouldn’t have had that experience,” said Weng.

As a life-long Pokémon fan Eimhear Canavan-Martin says meeting other players is the best part.

“You kind of make those brief little friends who are also playing Pokémon GO so it’s like everyone everywhere is playing it and it’s just really fun seeing like all the fans being out and actually being able to interact with each other when they might not have been able to before,” said Canavan-Martin.