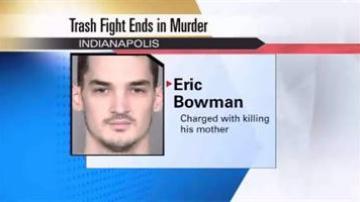 INDIANAPOLIS -- Police say that an argument about taking out the trash ended in murder.

Police said that Bowman told his mom that he was going to blow her head off after an argument about taking out the trash.

And that is when police said he shot and killed her.

Bowman will be in court on Friday.