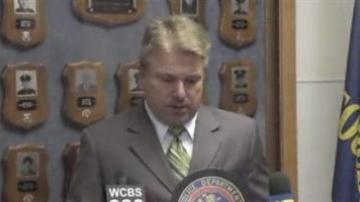 NASSAU COUNTY, N.Y.-- Police said an argument over the TV show "The Walking Dead" ended with a New York man in jail, and his girlfriend in the hospital.

It started with text messages between the couple and when the girlfriend came to his apartment, police said the man shot her in the back with a semi-automatic rifle.

“This is the show that they were talking about," said Lt. Raymond Cote. "He feels strongly about the possibility that some military mishap could occur, causing some tragic consequence. She felt that it was ridiculous."

He's charged with attempted murder. His girlfriend is in serious condition.