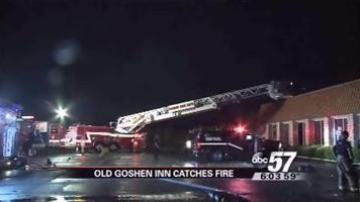 GOSHEN, Ind. — Goshen police said they have arrested three Goshen teens in connection to the fire at the Goshen Inn last week.

Firefighters were called to the former Goshen Inn and Conference Center on Lincolnway East on August 12.

The fire was determined to have been intentionally set.

Three 15-year-old boys were arrested on preliminary charges of arson and of burglary to the same property.

One of the teens was also charged with vandalizing several properties with graffiti over the last few months.

They are scheduled to be in court August 19