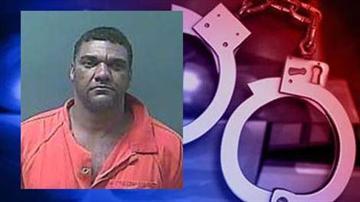 LAPORTE, Ind. -- LaPorte Police arrested a Chicago man on Thursday for counterfeiting and possession of a controlled substance after a gas station clerk called police about suspicious activity.

Thursday afternoon, LaPorte Police responded to 1460 SR2 W after receiving a call from a clerk at the BP gas station.

The clerk said earlier in the day a man came into the station and purchased a carton of cigarettes with a prepaid gift debit card.

He then tried to buy another carton of cigarettes. The clerk became suspicious and asked for his ID. He changed his mind and bought two packs of cigarettes with cash and left.

After the clerk got off work, she noticed the man crossing the street towards a red Nissan SUV with a bag full of cartons of cigarettes.

The clerk knew people had been using fraudulent credit cards to buy cigarettes, so she contacted police.

When police arrived in the area, they located a red Nissan Pathfinder and the described suspect, later identified as 45-year-old Albert Grant of Chicago.

Police said when they asked Grant for identification, he began dropping credit cards, but could not provide an ID.

He allowed police to search his wallet and police said inside they found three counterfeit $100 bills.

Grant was taken into custody.

During a search of Grant's person, police found more credit gift cards and a small baggie of white powder that later field tested positive for heroin.

Inside the vehicle, police said they found 18 cartons of cigarettes and multiple cigarette packs.

A large bag was found inside the red Nissan which contained 18 cartons of cigarettes and multiple cigarette packs.

Grant is charged with counterfeiting and possession of a controlled substance.