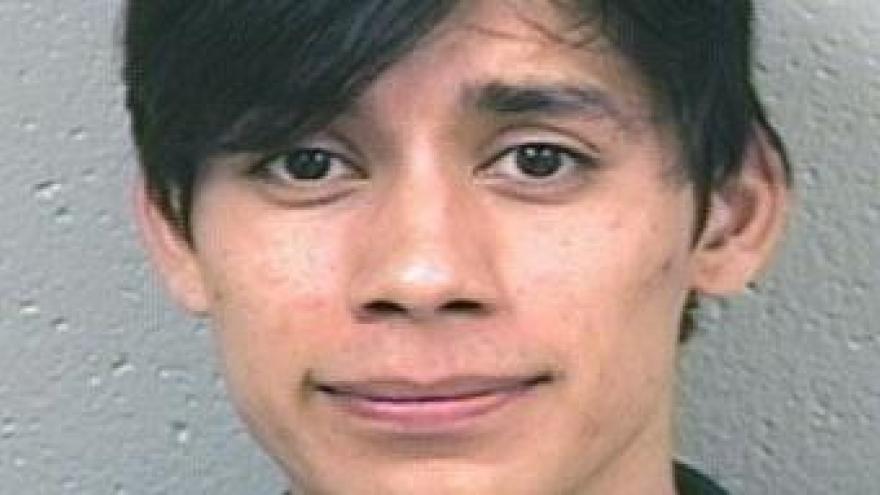 The suspect in a double murder in Coloma, Michigan was taken into custody around 1 a.m. MT in Georgetown, Colorado. His two daughters, the subjects of an Amber Alert, were found safe.

Michigan State Police say Alex Perez is the main suspect in a double homicide case that was discovered Thursday night at a home in the 6400 block of M63 in Coloma.

Perez and his daughters, Luna and Nova, were picked up by police in Clear Creek County, Colorado, a 16-hour drive from the Coloma.

The rapid search and arrest was set into motion Thursday night. A family member drove by the house along M-63 and noticed a window was wide open.
Something didn't seem right, so that person tried getting into the locked home to check on the family.

“A family member saw a window open in the house, thought it was strange. They went over, the house was locked, and they actually used a ladder to gain entry to the house and at that point they found the bodies inside," said 1st Lieutenant Mike Dawson, Commander of the Michigan State Police Niles Post.

“Officers on scene confirmed that there were two victims inside who had blunt force trauma wounds, we’re not sure how they died at this point in time and at that time they exited the house to keep it safe so as not to contaminate it for the crime lab," said 1st Lieutenant Dawson.

The victims have been identified as Renee Mitchell, 27, and her father, John Mitchell, 67. Both lived at the home, according to the Berrien County Office of the Prosecuting Attorney.

Prosecutor Michael Sepic says the suspect, Perez, is from Los Angeles, California, and was in the area and in the home within the last 48 hours.

The girls were not in the home at the time, and MSP immediately issued an Amber Alert for them.

Perez was arrested in Georgetown Colorado after a deputy with the Clear Creek County Sheriff's Office investigated a parked vehicle with its lights on and the engine running.

The deputy ran the license plate and learned there was a felony warrant from the Michigan State Police for the vehicle and Alex Perez, in a double homicide, parental kidnapping and Amber Alert.

Perez was taken into custody after a brief struggle, according to the Clear Creek sheriff's office.

The children were taken into protective custody.

Police say Perez is not cooperating with the investigation.

Perez has been charged with two counts of first degree murder.

The Berrien County Sheriff's Department released an October 2014 mugshot of Perez. He was arrested for a probation violation on a domestic violence conviction.

Perez appeared in court Friday for an extradition hearing.

He did not waive extradition, but asked for an attorney.

Friends of John and Renee spoke with ABC57 about the victims.