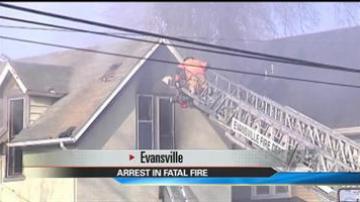 EVANSVILLE, Ind. -- Police in Evansville are questioning a man they say played a role in a deadly apartment complex fire.

Police say three people died and eight others were injured on Monday when fire raced through an apartment building.

Christopher Compton has been arrested in connection to that deadly fire and is facing three counts of murder and four counts of arson.

Four people jumped from a second-story window to escape the fire and three of them are still in the hospital.

Police have not released the names of the people who died in the fire.