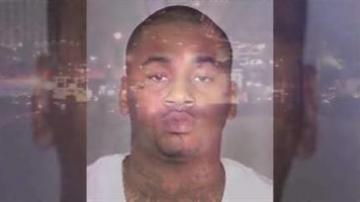 LAS VEGAS — Police have arrested a suspect in connection with a deadly shooting on the Las Vegas strip.

According to police,  the man allegedly shot an aspiring rapper as they raced down the Vegas strip. The rapper was shot, causing him to crash into a taxi.

That taxi caught fire and killed the driver and his passenger.