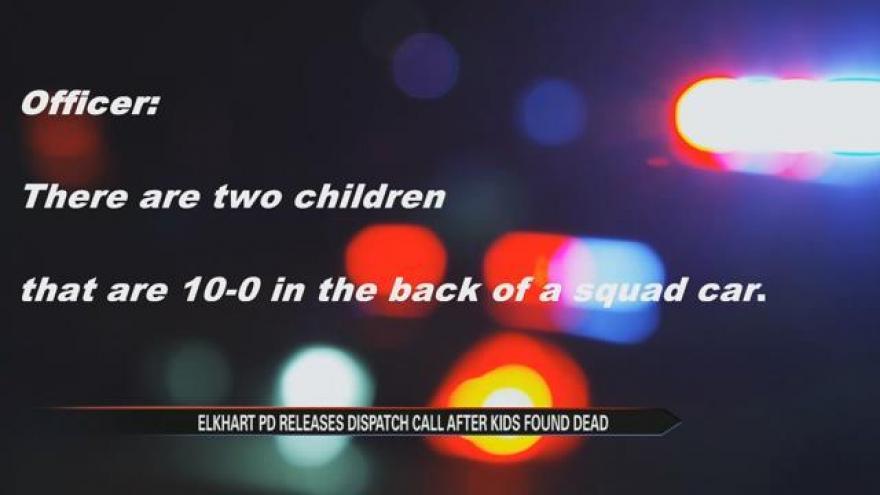 On Wednesday, officials released the first communication between an Elkhart Police Officer and dispatch after Amber Pasztor drove her two children to the station.

That officer found the children dead.

"I'm out on Marion Street, I need assistance en route for two children that are 10-0 in the back of a squad car.”

Those children, 7-year-old Liliana Hernandez and 6-year-old Rene Pasztor, found dead in the back of a car driven by Fort Wayne native, their mother, 29-year-old Amber Pasztor.

Responders immediately shut down nearby roads.

That vehicle belonged to 66-year-old Frank Macomber, who was found dead the following morning in Fort Wayne, just half a mile from where the children were abducted.

Amber Pasztor was charged with two counts of murder and made her first court appearance Monday.