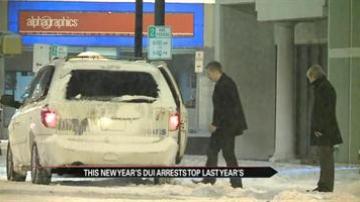 He says it happened around 2 a.m. on Lincolnway East in South Bend.

There were no DUI arrests made in St. Joseph County during last year's New Year's celebration.

Kosciusko County deputies say they also booked 2 people for driving while under the influence.