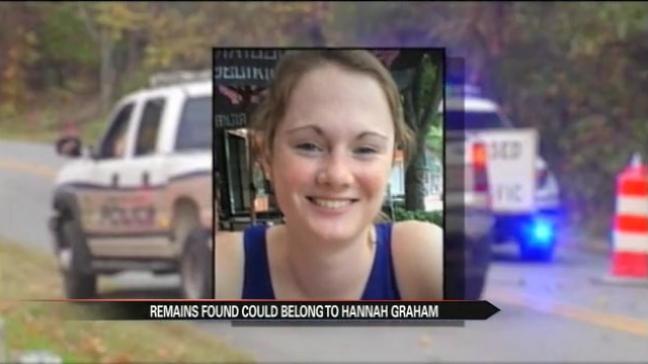 Police are continuing to search for clues near a dry creek bed in Virginia, two days after discovering human remains that officials believe are those of missing student Hannah Graham.

The 18-year-old University of Virginia student disappeared five weeks ago.

The Virginia State Medical Examiner is working to confirm the identity of the remains.

In the creek bed, a skull, several bones, and a pair of dark-colored pants, similar to the pair Graham was wearing when she disappeared, were found.

Police have ended their search for Graham, saying it is now a death investigation.

“Thousands of hours have been spent in an effort to find Hannah. We think perhaps today proved their worth,” says Timothy Longo of the Charlottesville Police Department.

The primary suspect in the case is Jesse Matthew, who police say was the last person to be seen with Graham before her disappearance, 11 miles away from where the remains were found.
Share this article: