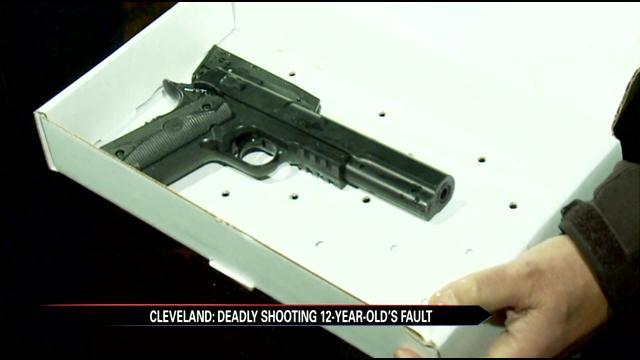 The city of Cleveland has responded to a wrongful death lawsuit filed by Tamir Rice's family.

He was the 12 year old shot to death by police in November.

A Cleveland police officer shot at Rice within just two seconds of arriving outside a recreation center.

The sixth grader was there playing with a pellet gun.

The boy's family filed a lawsuit Friday and now the city says Rice's injuries were his own fault for playing with that pellet gun that looked like a real gun.

The officer has since been placed on leave pending the outcome of an internal investigation.