Police Chief and Dir. of Comm. vindicated in tape scandal 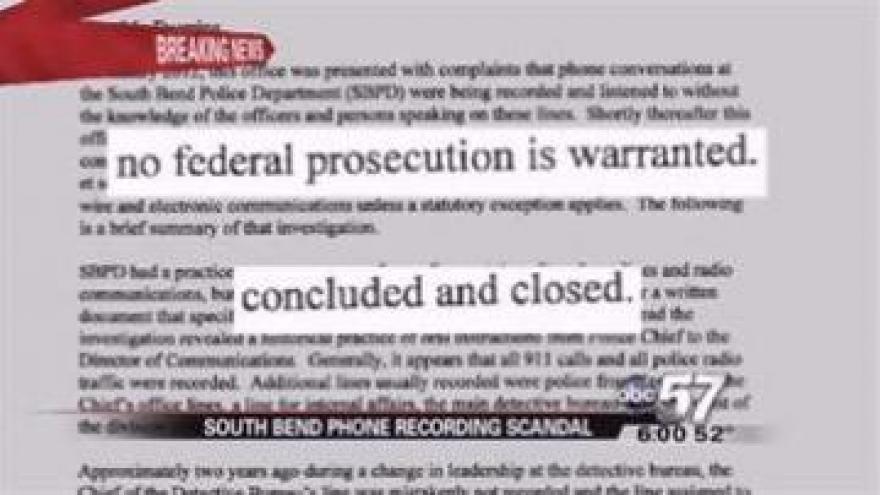 SOUTH BEND, Ind. -- The former South Bend Police Chief and the police department's Director of Communications have been vindicated.

A new federal ruling means they won't face charges and local leaders believe they were never in any danger of being charged.

The federal government said the case is closed.

The U.S. Attorney's Office said no federal prosecution is warranted against Darryl Boykins or Karen DePaepe.

The mayor, as you may recall, demoted Boykins and fired DePaepe over concerns about phone lines recorded at the police department.

We have been following this story from Day 1.