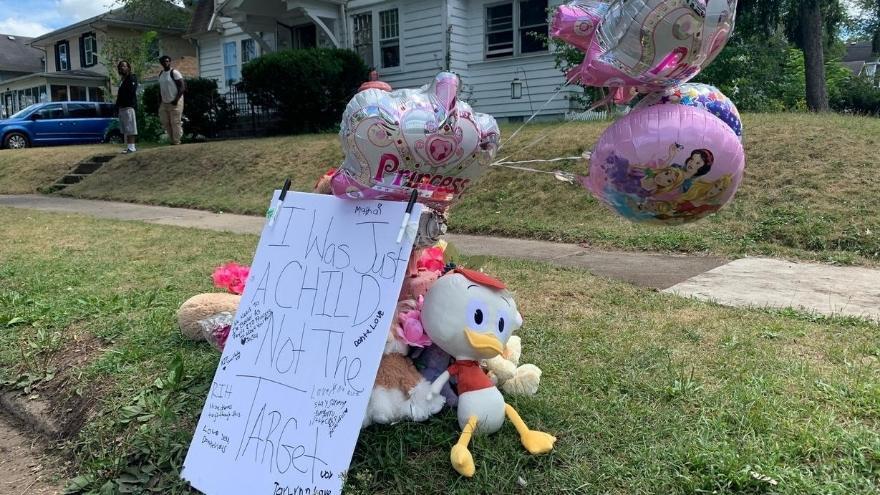 SOUTH BEND, Ind.—South Bend’s mayor and police chief each released statements on Sunday after a seven-year-old girl was killed in a drive-by shooting over the weekend.

“Just this weekend, we’ve already had 4 people shot. One being an innocent 7-year-old girl, playing at a birthday party. We’re almost at 100 people criminally shot this year. As a community, we can no longer accept this senseless violence and we all have to do our part.

I have extra patrols, detectives working nearly 24/7 to solve these crimes with no one speaking up, the Strategic Focus Unit is working every angle to get in front of this to prevent these careless acts and lawless behavior. I have our officers and dozens of community leaders, especially SAVE, reaching out and pleading for this to stop.

Life doesn’t have to be and shouldn’t be like this, but in order for it to stop, our community has to say and do something. These shootings can be avoided well before becoming a police matter. As a community, we must make this our mission.”

“I was shocked to hear that the life of an innocent child was cut tragically short by senseless violence. This is simply unacceptable and cannot be allowed to continue in our city. We must unite together as a community to break the cycle of violence and seek justice through our legal system.

Please reach out to the St. Joseph County Metro Homicide Unit at 574-235-5009 or South Bend Police Department detectives at 574-235-9263 if you have any information on the perpetrators of these violent acts.”

The statements come after seven-year-old Chrisyah Stephens was killed in a drive-by shooting in the 800 block of East Donald Street on August 29 while she was attending a birthday party.

Police said that multiple shots were fired from a vehicle that drove past the home.

No arrests have been made in the shooting as of Monday morning.