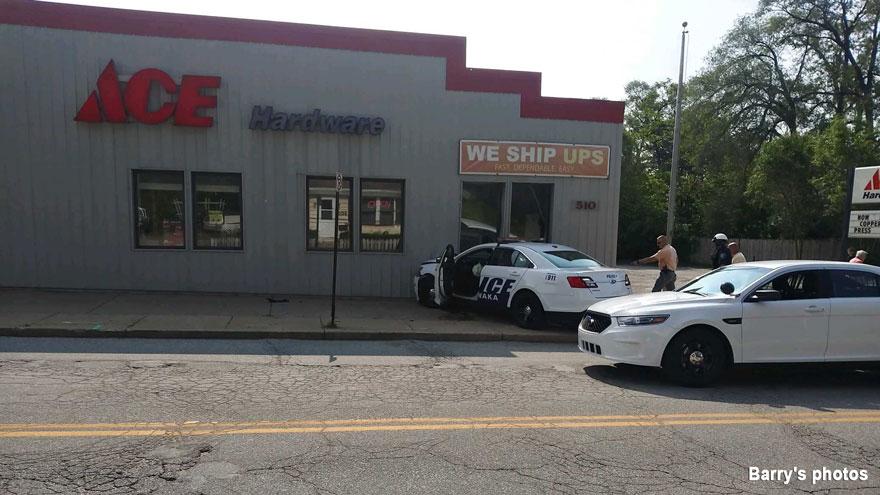 Police said an officer attempted to conduct a traffic stop around 10 a.m. at Grove and Cedar Street.

The driver did not stop and the officer pursued the vehicle.

On Cedar Street, city workers were in the roadway patching potholes.

The officer swerved to avoid hitting the workers and struck the business, police said.

The suspect crashed north of the Ace Hardware at Jordan Automotive. Several cars were damaged at Jordan, police said.

The officer had minor injuries and the city workers were evaluated.

The suspect was taken into custody and charges are pending.