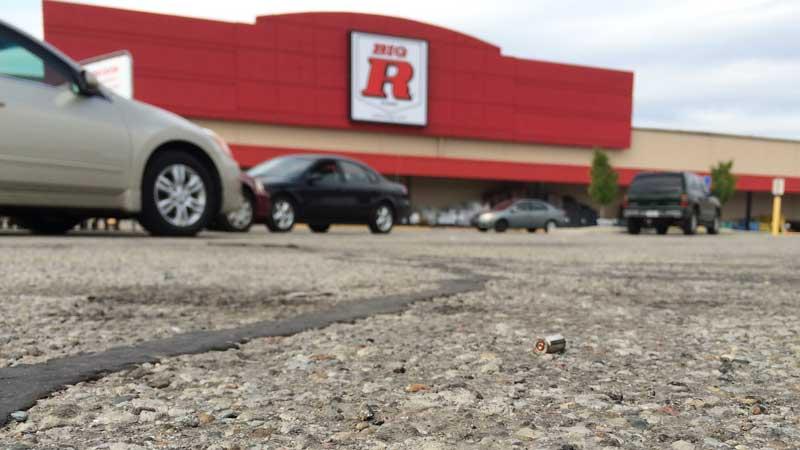 Elkhart Police responded to a call of shots fired at the Big R on South Main Street in Elkhart just before noon Monday.

According to Elkhart Police, employees from Big R were chasing two suspects who were shoplifting.

During the chase, another customer of the store assisted employees in chasing the subjects.

When they got outside, the two suspects got into a car.

The person assisting in the chase, who was not an employee, pulled out a gun and fired a shot at the suspects.

The suspects fled the scene.

Lieutenant Brad Long of the Elkhart Police Department said one shot was fired, but no one was struck by the bullet.

The person who fired the shot was brought in for questioning and released.

The suspects were identified as white males in their 20s or 30s in a red pickup truck.

Shoppers at the store were surprised to hear a customer fired shots at the suspects.

"I think it's admirable, but I think at the same time we should let the police officers do what they need to do and kind of leave it to them," said Darren Vance.

"There's a lot of people out here. If he would've missed and hit somebody it would've been tragic here in this town," said Cesar Moreno.

Rogers said gun control in America is probably overdone as it is and he will not implement any executive orders President Obama issues regarding having law enforcement agencies register guns.

Roger's office would not provide comment on the matter and referenced us to his WNIT interview along with his Ask the Sheriff column he writes on the department's website.