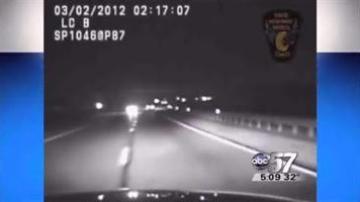 WOOD COUNTY, Ohio. -- Some frightening video has been released from the Ohio State Highway Patrol.

The incident happened just last week and is a tragic story.

A police cruiser was heading down I-75 when it passed a car traveling in the opposite direction.

The officer ended up making a quick U-turn but was too late. The driver slams into a car filled with students from Bowling Green State University.

Police say the 69-year-old driver died. She killed three female students in the other car. Two other students are still in critical condition.