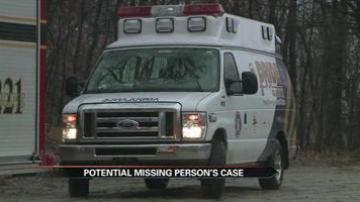 DOWAGIAC, Mich. -- Investigators from multiple agencies continued to search for evidence in a possible abduction, which was reported to police Wednesday evening. The search ended Thursday afternoon and will not restart unless new details are discovered.

Two calls were placed to police that indicated a man dragged a female into a wooded area behind Riverside Drive - and he may have been armed with a gun.

Investigators searched Wednesday night, then returned to the area Thursday to resume the search.

Dowagiac Police say they don't have much to go on at this time. They have searched the area several times but have not found any clues.

"Just finding anything at this point that can lead us to something," said Steven Grinnewald, Dowagiac Public Safety Director. "We are doing everything that we can. We're treating it as if it's a real situation until we know for sure otherwise."

The search area has been expanded, but the bad weather and lay of the land are hindering the search.

"The problem that we're running into is it's an extremely dense wooded area, pretty thick in some areas they have to bend and move around some trees to get around the area. Obviously, the weather makes that, that much more difficult," said Grinnewald.

Most of the people helping out are volunteers. Police say that helps them cover more ground in the search for evidence.

The search has been suspended unless someone comes forward with more information or a report of a missing person.

If you have any information, call Dowagiac Police.