Police, group of citizens clean up basketball court together 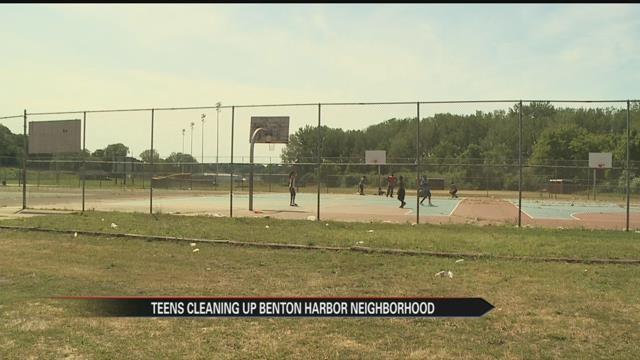 A group of young men in Benton Harbor are teaming up with law enforcement to clean up a public basketball court.

The court, attached to the Charles Gray Teen Center in Benton Harbor, sees dozens of kids per day shooting hoops.

So much trash has accumulated on and around the court, players are starting to slip on it and injure themselves.

A group of men from the nearby Genesis Development Center are sick of the filth.

They contacted Michigan State Police for help cleaning up the courts.

Wednesday, the group of guys, ages 14 to 24, worked with a state trooper to pick up the trash.

That trooper, Maurice Burton, says this event not only helps clean up the community, but is a great way for citizens and law enforcement to work together and become comfortable with one another.

“I’m excited because it shows also that they’re not afraid of police officers either, and the respect that they have for police officers, an open line of communication with them,” Burton said.