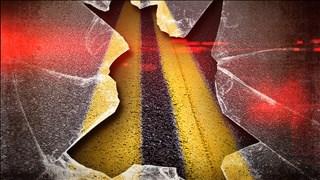 The LaPorte County Sheriff's Office identified two people involved in a deadly crash in the 8500 block of CR600 W at 9:15 p.m. CST Sunday.

The sheriff's office says the crash may have started as a road rage incident near Valparaiso on SR2 and continued into LaPorte County.

The two cars collided and Baker's vehicle went off the side of the road and into a field.

Edwards' car went off the west side of the road, struck a utility pole and came to a rest in a farm field.

Edwards died while en route to a medical helicopter called to the scene.

Baker was transported to IU Health LaPorte where he was treated and released.

Blood draws indicated each driver had a trace of alcohol in their system.