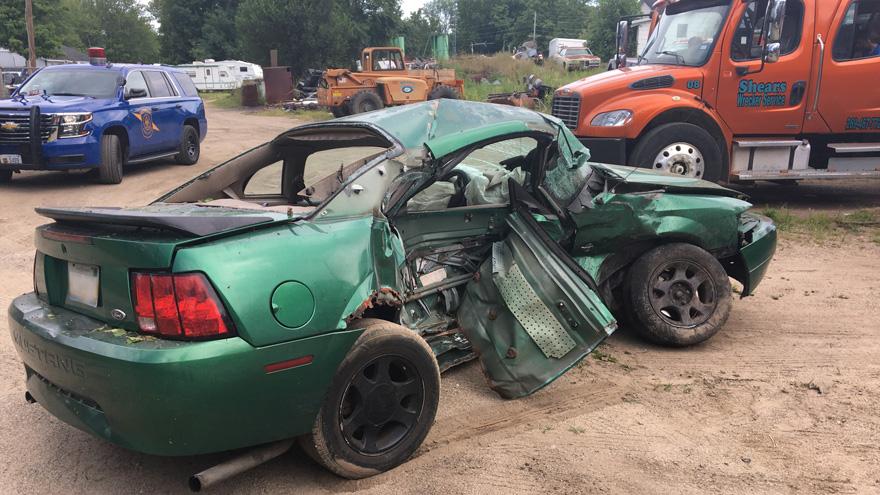 ST. JOSEPH COUNTY, Mich. -- One person died and another was seriously injured in a crash that happened Wednesday evening at Centreville and Featherstone roads, according to the Michigan State Police.

The crash happened just before 9 p.m.

Police said the driver of a Ford Mustang was traveling northbound on N. Centreville Road and failed to stop at the intersection with Featherstone.

A Toyota Highlander traveling westbound on Featherstone collided with the front passenger side door of the Mustang, police said.

Police said the Highlander had the right of way.

The passenger of the Mustang, 19-year-old Justin Noel, was airlifted to the hospital where he was later pronounced deceased.

The driver of the Mustang was taken to the hospital with serious injuries.

The driver of the Highlander suffered minor injuries.

Police said it is unknown if alcohol or drugs were a factor. The crash remains under investigation.