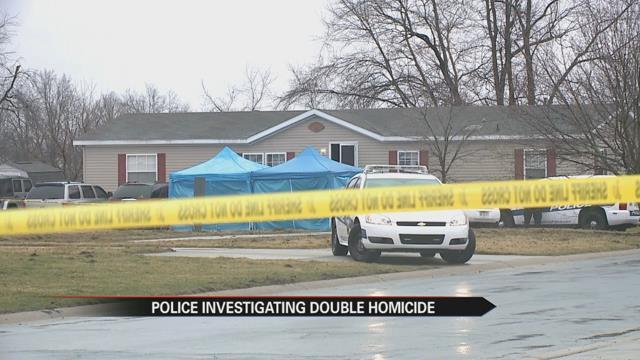 The two men found dead after a shooting in Goshen have been identified.

According to Goshen Police, Jose Nava-Orozco, 27, and Marco A. Carmona-Gonzalez, 43, were found dead inside a home on Ripple Rock Drive in the Brookside Manor manufactured home community just after 5 a.m. Sunday.

Goshen Police had the entire block taped off throughout the day as they investigated.

"We became like best friends," Raul Lacan, a close friend of Nava-Orozco, said.

Lacan received word of his friend's death when another friend reached out late Sunday morning.

"And he told me [Jose] was killed, and I couldn't believe it," Lacan said.

Goshen Police responded to a report of a shooting at the home around 5:15 a.m.

Officers found the bodies of the two men inside the home upon arrival.

"I came here to see what happened," Lacan said. "And then it's really hard...because we're, he's like a brother to me."

Lacan was one of dozens of friends to stop by the crime scene Sunday to try and get some answers.

Some of those friends said Nava-Orozco loved motorcycles and cars. They also said he was a hard worker who juggled two jobs while taking care of his mother, who is battling cancer.

Lacan said a love of fitness brought him and Nava-Orozco together. The two were preparing to compete in a "Tough Mudder" competition later this year.

"We start[ed] training to go there," Lacan said. "But [Jose's] not here anymore. He was killed; I don't know what happened."

Neighbors also spent much of Sunday searching for answers -- many saying they did not hear gunshots at the time the shooting was reported.

But one neighbor said the house in question often has people coming in and out of it.

"There's all kinds of traffic going back and forth always," Chris York said. "It's really not that surprising that something happened there."

Nava-Orozco's sister took to Facebook Sunday afternoon to express her grief over losing her brother, as well as a man who she said was like a father to her.

And for Lacan, the loss of his best friend was hard to cope with Sunday afternoon.

According to Goshen Police, there is "no reason to believe this was a random act." Police also said "there is no suspect information yet available."

A GoFundMe account has been set up for Nava-Orozco's family.

Police ask that if anyone has any information about this shooting, they contact the Goshen Police Department at 574-533-4151 or at [email protected]

The investigation in ongoing and autopsies are expected to be completed Monday morning at 8:30 a.m.