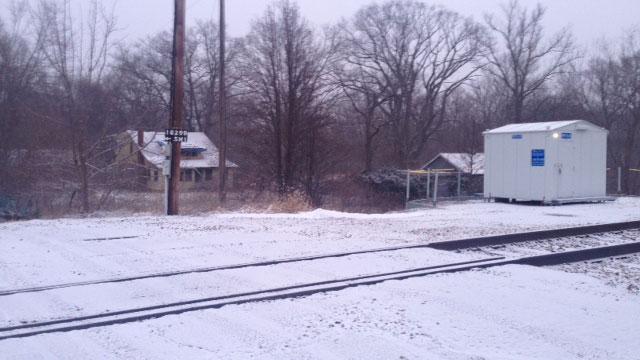 A woman's body was found in the driveway of a private residence in New Buffalo Township Sunday morning. Michigan State Police say the initial autopsy is complete, but the results won't be released until the toxicology test results come back.

“This does not happen in this area, we think that it was just dropped, dumped and really don't know anything else about it,” said neighbor Dion Globensky.

A man was leaving his residence and was in his driveway when he spotted what he thought was a dead deer. It was actually a woman's body.

“The owner came down the driveway the previous evening so it was possible anywhere from Saturday in the evening after dark until 11 in the morning,” said Lieutenant Mike Dawson of the Michigan State Police.

Tire marks in the snow are pretty much the only evidence left.

“They go through the snow and the field to see if there was any evidence that was left behind that could be gathered. I know they photographed the entire scene looking for footprints, there were some tire impressions that were left there,” said Dawson.

Dawson says the body had not been there long and there were no visible signs of major trauma.

Police had difficulty identifying the woman so they sent her fingerprints to the Federal Bureau of Investigation to see if they were in the national database.

Police announced Monday afternoon the woman was identified through fingerprints for an arrest in Chicago, Illinois.

They are notifying next of kin and will release her name when that is complete.