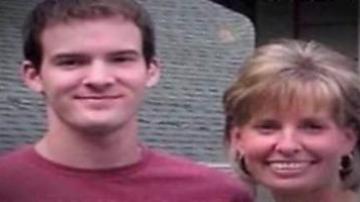 HIGHLAND TOWNSHIP, Mich. -- The jury in the trial of a son accused of murdering his mother saw the video of his police interrogation.

Jeffery Pyne is accused of viciously beating and stabbing his mother to death last year.

The Michigan valedictorian was interrogated by police just hours after her murder.

"She got home from grocery shopping and I helped bring the groceries in--I'm having a hard enough time," Pyne said in the video.

Prosecutors said he had motive and opportunity.

Ruth Pyne had history of mental illness and was often violent towards her children.

In 2010, she was arrested and thrown in jail for attacking her son.

But friends and neighbors refuse to believe he did it.