Woman rescued after her car lands upside down in St. Joseph River 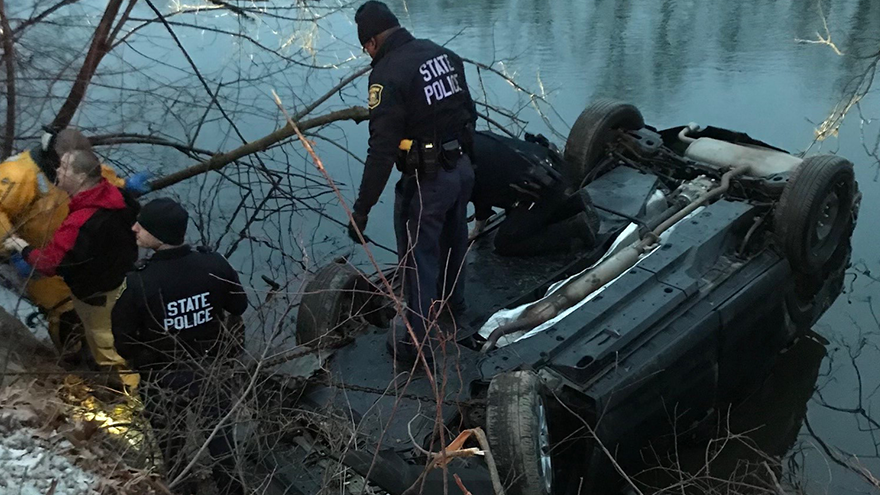 BERRIEN COUNTY, Mich. -- Multiple agencies rescued a 25-year-old woman who was trapped in her vehicle after it landed in the St. Joseph River Monday morning, according to Michigan State Police.

The driver was traveling on E. River Road in Buchanan when she swerved to avoid a deer in the roadway and lost control of her vehicle, police said.

The car hit a utility pole, two trees, went off a ledge, overturned and landed upside down in the river, police said.

Police said the roof of the vehicle was crushed and trapped the driver.

Once she was extricated, she was taken to the hospital in Niles for non-life-threatening injuries.

Michigan State Police urge drivers to avoid swerving when encountering a deer or other animals on the roadway. They suggest slowing down as quickly and as safely as you can. They say your odds of surviving an accident is better when you hit an animal instead of another car or object.