ELKHART, Ind. --- The body of a man found in the woods next to the Walnut Trails Apartments Complex in Elkhart on Monday has left neighbors nervous as detectives search for clues.

“Around 4:30, 5 this morning I heard gunshots from back here,” said Jacob Jensen, a 12-year-old who lives across the street from the crime scene, the 1800 block of Visscher Drive.

But Jenson said he didn’t think much of it Monday morning because there are often loud noises coming from building 1810 in his complex.

His mom, Erica, said the family realized something was wrong when they opened their blinds around 10 a.m. to find police outside.

“I walked outside, seen the cops out there,” Erica said. “And they were out walking around with their tactical rifles and it was kind of scary.”

Elkhart Police said in a press release they were called to building 1810 around 10 a.m. on Monday for a report of an overnight shooting with injuries. 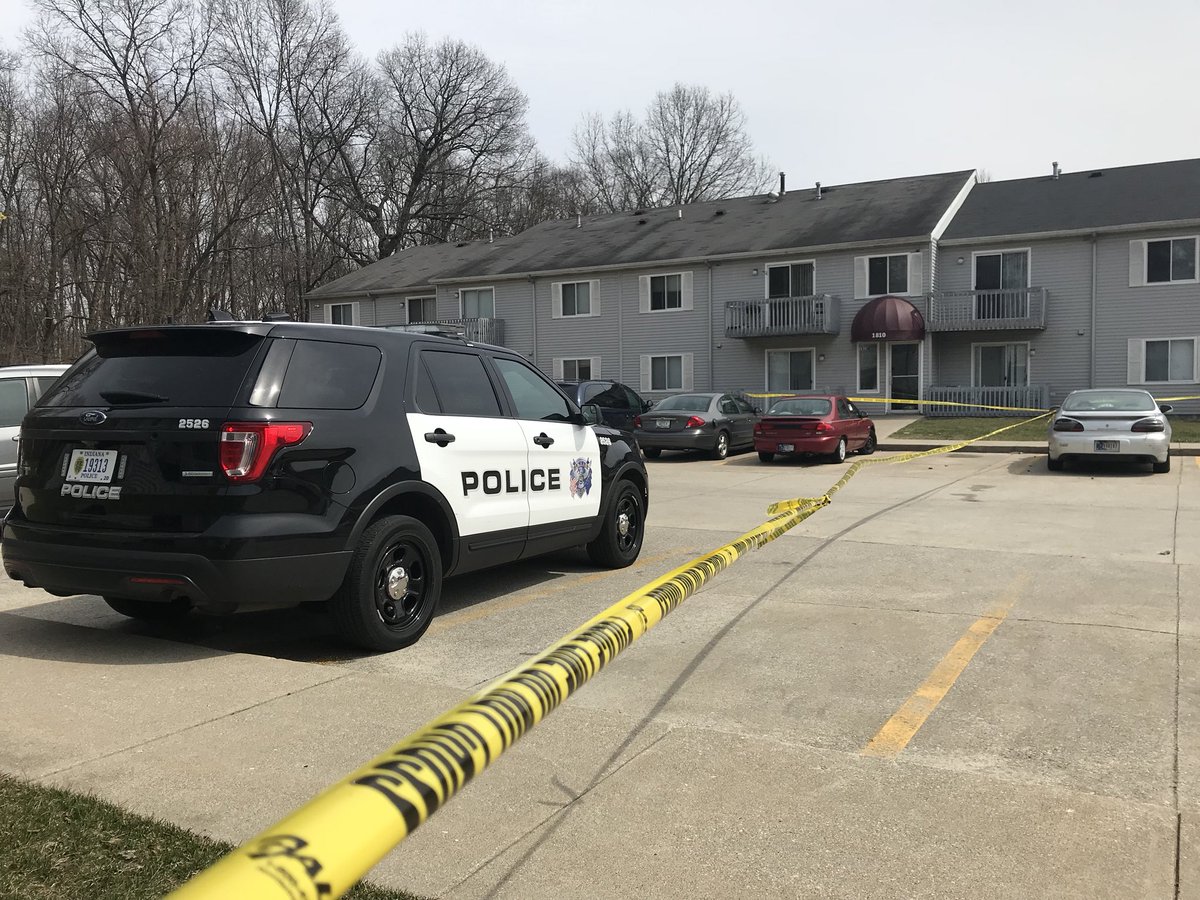 An investigation led officers to a wooded area next to the apartment building, where the body of a man was found.

Investigators spent the day conducting interviews and collecting evidence, as the crime scene grew throughout the complex.

Erica said police are often in the complex, including just last weekend at building 1810.

“It’s nothing new,” she said. “There’s usually always cops around here, pretty much on a daily basis.”

But she said Monday’s investigation is the biggest she’s seen since moving to the complex in September.

It was something Jacob also took note of – on his first day of Spring Break.

“I’m shocked because I didn’t think a nice place like this would turn into a tragedy like that,” Jacob said. “I just can’t believe it.”

The Elkhart County Homicide Unit has taken over the investigation.

In an update, an autopsy completed today identified the victim as 50-year-old John Mullins of Elkhart, Indiana.

The coroner ruled the manner of death a homicide and the cause a gunshot wound.


Contributions to this story also made by: Esther Kather
Share this article: