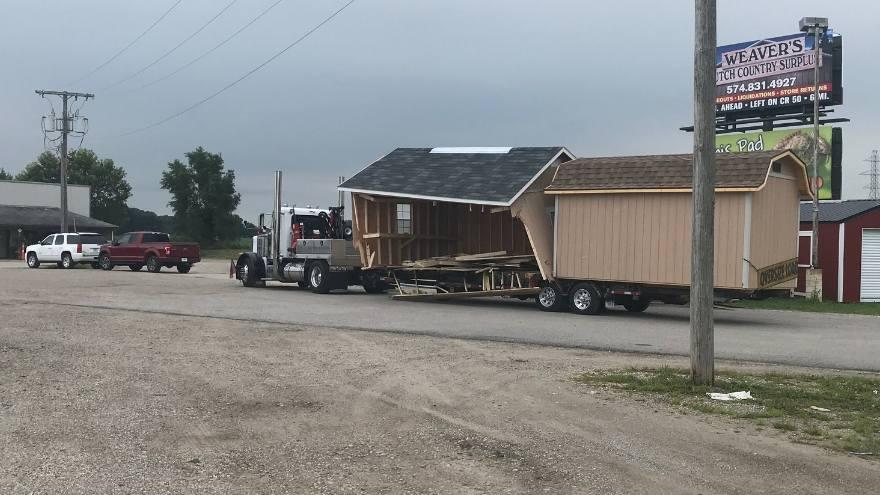 ELKHART COUNTY, Ind.—Police are investigating a crash on S.R. 19 on Monday near Wakarusa.

Officials on scene said that a truck transporting an enclosed structure was struck by another vehicle.

According to NIPSCO's power outage map, over 600 customers were experiencing a power outage in the area near the crash.

The cause was listed as "hit pole" and an estimated restoration time was set at 11:14 a.m. on Monday.