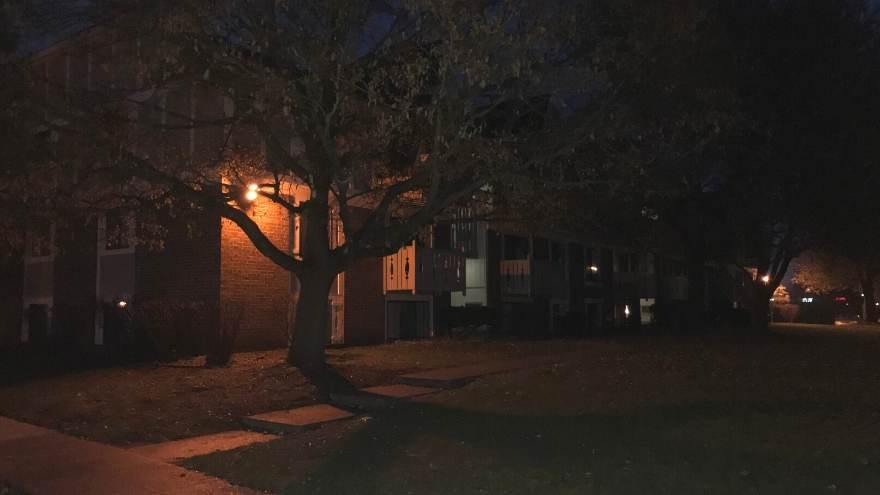 BERRIEN COUNTY, Mich.--A suspect is dead after gunfire was exchanged between an apartment renter and two suspects during a home invasion, according to the Benton Township Police Department.

On Wednesday, around 11:30 p.m., officers with the Benton Township Police Department were sent to the 1900 block of Union (Briarwood Apartments), for reports of a home invasion in progress and shots fired.

Officers located residents of one of the apartment units at the scene. The residents reported to police that two masked gunmen forced their way into the apartment and ordered them to “get down” in the living room.

One of the residents armed himself with a rifle in the bedroom and encountered one of the suspects, who appeared to be armed with a handgun, and exchanged fire, police said.

The suspects left the apartment, but continued to shoot in the direction of the unit, according to reports.

Police found one of the suspects lying on the pavement outside of the apartment building suffering from an apparent gunshot wound to the chest.

The injured suspect was pronounced deceased at the scene. His identity is being withheld pending an autopsy.

Attempts to locate the second suspect were unsuccessful.

The suspects are both described as two black males wearing masks and armed with handguns.

According to police, the occupants inside of the apartment during the incident were three adult men, one adult woman and three children.

Contributions to this story also made by: Tana Kelley
Share this article: