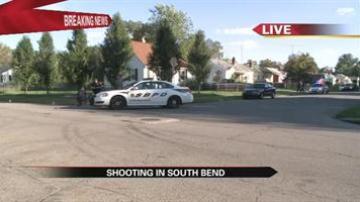 SOUTH BEND, Ind. --  South Bend Police are investigating a shooting that happened in the area of 704 South Wellington. Police say they received a 9-1-1 call that someone had been shot.

The shooting happened around 4:30 p.m.

Police say it was a drive by shooting and was likely gang related.

Evidence was collected from around the corner from the home where the victim was.

The victim was not actually shot, but was hit in the chest when the bullet bounced off something else.

The victim is not cooperating with authorities, which is hindering the investigation, police said.