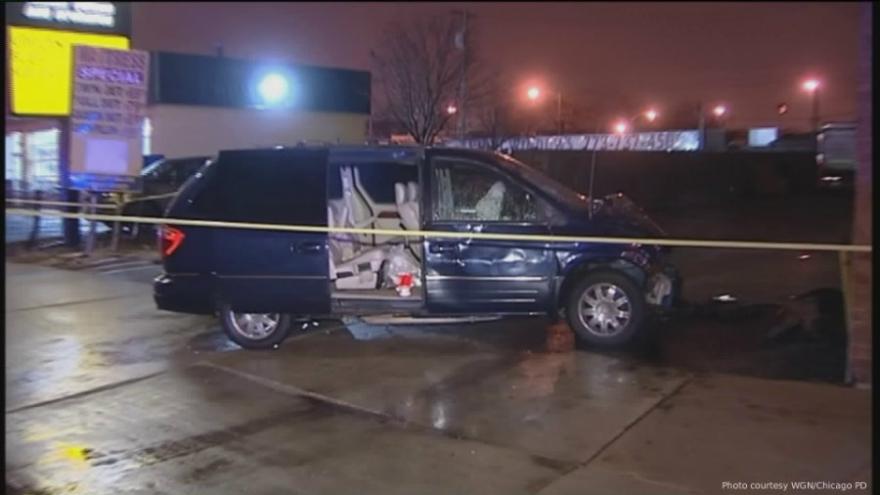 Chicago, Ill. (WGN)/CNN) -- A Chicago police officer is recovering after being dragged by a car during a traffic stop on the South Side.

The incident happened just before 12:40 p.m. Tuesday when an officer pulled over a minivan in the 5900 block of South Western Avenue in the Chicago Lawn neighborhood.

The officer approached the vehicle and noticed a weapon on the backseat floor. At some point while being questioned, the driver drove away, dragging the officer.

The driver hit another minivan in the process, causing damage to the driver-side of the second minivan.

The minivan then crashed into a building and the driver ran away, but was arrested shortly after.

A weapon was recovered from the vehicle.

The officer suffered minor injuries and was transported to Advocate Christ Medical Center in Oak Lawn.

Charges are pending against the driver.